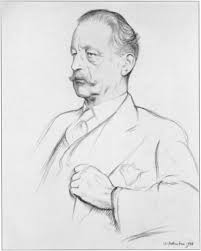 Do you work in technology, are you building a company? You should think about how your product or service fits with the wider world because aligning with large movements is a winning system.

Amongst my tweets on Cyber Security, Product Management, and company building, I occasionally mention International Relations or Geopolitics. Sometimes I’ll tag Caspian Report. Here I explain what it is, why I fund it, what value it has to me, and how that fits with the other themes in this blog. Finally, I’ll give you an example of how we might combine it with Strategic Software in a practical way to solve large problems.

Geopolitics and International Relations are a complex system with emergent properties. A system where the decisions made and actions taken feed back into decision-making complexes of each of the participants. A Cybernetic network with countries and governments as nodes.

Almost all actors in the Middle East, China, Russia, and to an extent Europe are facing major strategic decisions now or in the next decade. We are at a time when pragmatic, impartial analysis and reporting is needed more than ever.

There’s a huge amount of information published on worldwide current affairs. Much of it is trivial, biased, shallow, or lacking context. Even previously well-regarded publications have recently fallen into lazy practices or outright partisanship. Many have succumbed to the attraction of clickbait articles and headlines. This is particularly bad timing.

The Many “-isms” of International Relations

I won’t make this a post about the merits of different International Relations doctrines. Geopolitics is an interest of mine, not a profession. I’m less interested in ideologies per se than I am their predictive power. I want a lens through which to view the world that exhibits the strongest predictive capability. In this simplified view, there are two on offer:

Which to choose to plug the gap left by taint?

The question is made easier since I only care about predictive power. So far as I’m aware, no Realist has said: “I’d have been able to predict this unexpected outcome if only I’d added more Strauss/Wilson to my thinking”. There appears to be however such a thing as Wilsonian Realism or Straussian Realism, whereby advocates of Idealism update their approach with a dash of Realism. This suggests to me that while proponents may begin from a position of Idealism, Realism is sought when things don’t go according to plan. It suggests to me that Realism is the intrinsic force, and Idealism is a well-intentioned story we tell ourselves and others. Idealism feels quite… subjective for a lens.

Different cultures have somewhat different moral values and principles. I want a lens that predicts regardless of national character or ethnicity. China may not place quite the same relative value on concepts such as freedom, democracy, fairness, and stability as the west. Populations that have have been nomadic for millennia tend to have a different view of land ownership and territory than agrarian ones. These views persist in national character and behaviour decades after a change in mode of life.

There’s considerable overlap between the two systems in practice. Most US Realism has an element of Idealism post-1914. Idealist doctrines like Neoconservatism have incorporated some Realism too. Men are more easily moved by movements than by reason. It’s probably easier to garner mass support for an Idealist movement than it is a Realist one. I expect this has an effect on policymaking.

There are examples of both approaches arriving at the same course of action. Where it gets interesting is when Idealism suggests a course of action that may be very unpopular domestically. Sacrificing domestic political capital for a greater good or ideal in the wider world. US foreign policy became significantly more idealistic post-9-11 where much treasure was expended in the sands of the Middle East, ostensibly to bring an American version of freedom, democracy, security, and prosperity to people who had never known it. The realist pitch for this idealist adventure was that in the long run, the US would be better off with a free and democratic Middle East. One whose oil would never be beyond the reach of the US economy or without the need of the petrodollar.

I suspect that once one actually attains power and is confronted with the moving components, complexity, and continuum of previous relationships, and (critically) the prospect of conducting discussions outside the public gaze, it’s “Realism all the way down”. The world not as it should be, but as it is. The world as Kissinger, Morgenthau, Machiavelli, Kennan and Bismarck saw it.

One final point on the many “-isms” of International Relations. Everything of any consequence in this world is subject to revisionism. What was Realism is sometimes reframed as Idealism, and what was Idealism may be recast as blunt Realism depending on whether the outcome was positive or negative at home or abroad and the prevailing political wind. It’s my impression that the frequency and extent of recasting is different for each doctrine. This probably tells us something about the nature of political risk and how history is used to tell a story in the present and justify ideas in the future. There’s a study to be made of this if one hasn’t been done already.

I found Caspian Report a few years ago when looking for a Realist analysis of Russia. I’d read Dugin and [Surkov] (https://www.youtube.com/watch?v=Od4MWs7qTr8) to understand Putin’s inputs and outputs. While there is an endless discussion about ideology and personality there was little about the fundamental forces that comprise the system. I wanted something about what I call the physics.

Caspian Report provides analysis based on such undeniable realities, constants, and variables. That’s why I fund it.

I like to learn, create models of complex systems, discuss, and enhance those models. I then like to share them before using them to solve real-world problems for paying customers. It’s a system not a goal. How can the output of geopolitical analysts be applied to the other themes I discuss in this blog?

We are at a point in history where Cyber Security, geopolitics, privacy, and government interests all meet. Do you consider yourself a Cyber Security leader? You should be taking an interest in all these matters. If not then you’re standing in a trench, ankle deep in mud, squinting at the map. You could be looking down upon the battlefield from far above. Sources of geopolitical analysis provide context for the actions of vendors, threat actors, legislators, regulators, and customers. It may even help you predict the future with greater accuracy.

Geopolitics adds a 3rd dimension to Cyber Security. Uneven or conflicting legislation, state-owned or aligned technology vendors, potential disclosure of sensitive user information, hostile activity by foreign powers. Geopolitical factors are at least as important as technical ones in the long term.

I occasionally post on company building. I began my career at a high growth firm we took public. I had two start-ups myself, and spent some time as a Venture Capital investor. If you can link your company or idea to the great forces and trends shaping this world then not only will you be on a firmer footing, you’ll find promotion easier and your message will take root more securely in the minds of others. You could be supporting the gig economy, accelerating automation, or riding major demographic changes. Positioning yourself within the context of undeniable trends makes your story more real, powerful, and prescient. It also means your audience will be more likely to remember you every time that particular theme encroaches upon their life.

The very best stories are those driven by these forces, not just aligned with them. Both weather vanes and sailing ships rely on a breeze. One merely aligns with it. The other uses it to do work.

Strategic Software is software that is of strategic value to nation states. The best examples are from military and intelligence, but software could be strategic economically or in other ways as our civilisation becomes more computerised and data-driven. One could imagine how being able to determine or influence public sentiment in one’s own country or abroad could be a strategic capability. Software used to run megacities may come to be considered strategic too.

If we extend the idea of strategic software to encompass the world’s largest corporations the possibility for intersection with geopolitics only broadens. I’ve written about this before.

Geopolitical imperatives are like forces of nature. Latent, waiting to be harnessed, channelled, unleashed, accelerated. You can’t build a hydroelectric dam without help from physical geography. To breach one you tend to need a little assistance from nature too. Whether your strategic software is for construction or creative destruction, it will pay you to understand the geopolitical forces that shape our world.

Adding a geopolitical dimension to your thinking and viewing that dimension through a realist lens improves your chances of success. It does this by increasing opportunity and decreasing risk. It allows you to better adjust your actions to the contours of the geopolitical landscape in which your market, product, and business fit. If you set your story within a geopolitical context you can make a stronger and more memorable case. Harness geopolitical force like a sail harnesses the wind. Learn to read that wind, or pay someone to read it for you. 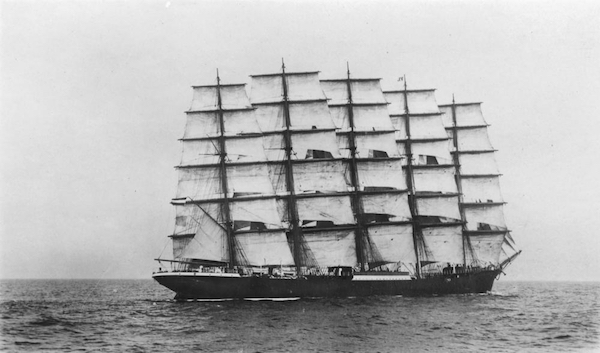 A Universal Lemma For Compliance