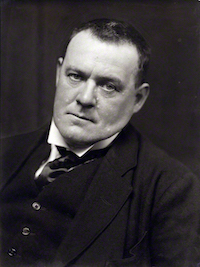 “Whatever happens, we have got the Maxim gun, they have not.” - Hilaire Belloc.

Once upon a time software was just for counting beans. It counted more beans faster and cheaper than anything else. Then computers became personal, then portable, then pocketable. All sorts of different kinds of software were created to serve the people and help them do their jobs better. Everyone became more productive. Software was their servant, and they lived happily ever after.

The story doesn’t end there though.

I’m going to introduce you to strategic software. I’m going to tell you how to identify it and where to find it. I’m going to explain why we are entering an era of such software and why it is destined for the heart of business and government. I am going to tell you how strategic software will be more powerful in some respects than traditional politics and why it will shape the world. You may be skeptical at first but you’ll soon agree with me, because most of the world’s solvable problems are information problems. Even if at first glance they appear not to be.

Strategic software significantly increases the ability of an organisation, industry, or nation state, to achieve strategic objectives. Strategic software provides decisive, sustained, quantifiable advantage at a strategic level. It does this by enabling step-change improvement in some strategically important function or activity of the organisation. In some cases it may even allow that organisation to do things previously thought impossible.

Not all software is strategic. Desktop spreadsheet software enabled a step-change improvement in productivity, but on its own it didn’t provide a strategic benefit. Computerisation in its widest sense could be said to be strategic, but the advantage it bestowed on one organisation over another was not sustainable. Within a few short years the technology was everywhere. It ceased to be strategic because everyone that wanted it had it. Strategic software has a minimum of three characteristics;

Let’s take it a step further from the abstract to the real. What are some conceivable, practical advantages such software bestows upon the user?

So far I’ve avoided geopolitical or military examples, they’re easy to make but hard to apply in a wider context. They’ll come later. I want you to think about strategic software more broadly. Taking things a step further, can we identify examples of real software that meet our criteria? It turns out to be harder than you might think, but not because they don’t exist. It’s hard because these systems are often developed internally or as bespoke projects and become closely guarded secrets.

This software enabled MCI to launch and sustain their market-disrupting “Friends & Family” voice service in 1991. By the time AT&T had a similar capability, customers had already switched, permanently lowering AT&Ts market share. It also enabled a highly effective social marketing campaign decades before mass social media. Customers were encouraged to ask their friends to join MCI to obtain the discount or to pass the phone numbers of friends to MCI salespeople so they could be signed-up.

Not only was AT&T unable to match MCI due to the inflexibility of its billing systems, their response was hampered by their position in the market. They couldn’t afford to migrate customers to an equivalent service. In the first 12 months of Friends & Family, MCI gained $1.2 billion revenue and 2 market share points. 2/3rds of their customers (7 million people) were signed to the service. Those people instantly became the worlds largest sales force. It took AT&T 4 years to win-back significant numbers of customers.

AT&T’s system could only apply simplistic discounts, but it slowed the exodus of customers and some were re-acquired. However, AT&T never managed to get customers to recruit customers the way MCI did. Their offers weren’t compelling. The MCI system simply rewarded customers for talking to their friends, who would encourage their friends to the service. It was a positive feedback loop, a network effect within a network effect. The program changed the whole of voice telecommunications forever. It’s easy to forget quite how big a revelation it was.

ALADDIN is the name of a software platform based in a town called East Wenatchee in Washington State in North America. It steers the investment of over $15 trillion of assets around the globe. It has a vast database of events, not just financial, but all kinds of events which have happened over the last 50 years. It uses that database and the correlation between it and stock and asset prices to reduce risk and increase stability of investments.

ALADDIN anticipates disasters and arranges investments accordingly. It also sees the choices of human investors, users of the platform. In the past Blackrock has solicited opinions from its users on the potential for market disrupting events. Those predictions and opinions were factored in to ALADDIN’s own predictions from which all of its users benefit. It is a system in the broadest sense of the word. As such it gets stronger every day as it accumulates data and works to keep everything stable. It is a system of data and algorithms managing 7% of the worlds total wealth, its mission is to keep everything stable. It is arguably more powerful than any bank, government fund, insurer, or conventional asset manager. It is roughly the same size as all of the worlds private-equity and hedge funds put together.

When the financial crisis of 2008 hit it was to Blackrock and ALADDIN that the worlds governments turned to analyse, value, and sell their toxic assets.

NetJets sells part ownership or shares of private business jets. The company came about when its CEO, a mathematician, closely examined 22 years of pilot logbooks and began to envision a new economic model where several individuals could own one aircraft. The key to making the business work is efficient scheduling of aircraft, flights, crew hours, and positioning of the assets. IntelliJet even handles your choice of beverage for a given flight. If you’re accustomed to using a private jet, you don’t want to be served Rye when you only drink Bourbon. This software is strategic to the business as it allows them to maximise their yield on people and assets, while simultaneously providing clients with the flexibility and service they demand.

Strategic software represents a great leap forward. Just as the invention of blades, mastery of fire, or innovation of fishing equipment did for early humans. Think about your own industry or organisation. Think about the limits on its performance. Think about how many of those limits are in-fact information problems. If software can produce a large, step-function, sustainable improvement in one or more of these areas it’s probably strategic.

Strategic software exists today. You had better be in the first wave of adoption of it. Who’s going to bet against an opponent with a strategic advantage?

Still skeptical that strategic software exists? I bet you’re paranoid enough to want to know why I think it will change the world, because skepticism and paranoia tend to go together. Either I’ll reward that skepticism or dispel your paranoia in the second half of this post. Either way you’ll win.

On the other hand, if you’re completely sold on strategic software you’ll want to know how it will change the world, because it’s always worth knowing something about the future. There might be an opportunity in it for you. Read this.

An Idea Whose Time Has Come