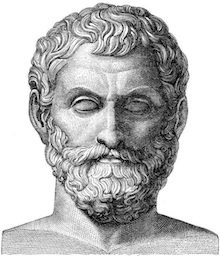 “Out of every hundred men, ten shouldn’t be there, eighty are just targets”

My posts on Winning Systems for Cyber Security Practitioners are my most popular. In them, I attempt to change your perspective on the relative importance of products and skills in securing what’s precious to you. I make the case for using systems (in the broadest sense of the word) not goals. Systems aren’t new. They pre-date the product-era of today. From infrastructure to code, you can count on them. Products and vendors come and go. Skills are irregular and scarce. It is systems that are eternal and universal.

If you’ve taken my advice, you’ve factored default-deny, responsiveness, robustness, and resilience into your thinking. This post is about minimising your attack surface. In it, I explain what this means and why it may be our best hope for reducing vulnerability in practice. Finally, I’ll tell you what the world might look like if we took this winning system to its ultimate logical conclusion. Before we get there let’s begin at the beginning.

According to the Software Engineering Institute, software developed in the USA has about 6000 defects per million lines of source code (MLOC)1 for high-level languages like Java and C#. High-quality code has 600 to 1000 defects per MLOC. Code of exceptional quality developed with the highest levels of assurance exhibits defects below 600 per MLOC. Between 1% and 5% of those defects are thought to be security vulnerabilities2. Let’s apply that research to some well-known codebases and see what the numbers look like.

The low estimates don’t look bad. There’s no chance they apply here. Even the high rate may be too conservative for contemporary Internet-based applications. Most technology companies optimise for the shortest time to market, because they have competition. They optimise for flexibility, because they don’t know what they’re building until they find product/market fit. Security, stability, and ease of maintenance (the conventional measures of software quality) are not high on the list of priorities.

MLOC is a simplistic measure. Modern Internet applications consist of a mixture of software from a long and complex supply chain. Partly Open Source. Partly licensed. Partly offshore. Partly of unknown origin. Some code recent. Some ancient. Some developed with great care. Some slapdash. Modern web applications draw upon software in the form of services from a dozen places. Your application may be partly distributed even though you think of it as centralised.

Consider this blog. It has a web server and an Operating System. It uses cosmetic client-side javascript. It has an external comment section. Fonts and cookies come from Google. I should say something about SSL and DNS services. Without these, the site wouldn’t function. All this attack surface for some static text that looks much as it would have in the 1980s. Its puny code is distributed and diverse. It doesn’t even offer an application in the conventional sense. The simplest things have a larger attack surface than you think. Some numbers:

For OpenSSL nobody believes 194 CVEs represent anything other than a small fraction of the actual vulnerabilities. OpenSSL is mature and supposedly security-critical. It has a highly exposed codebase. It has a single design-purpose. What do you think the vulnerability rate is like for the average piece of software? Our high estimates don’t look high after all.

I’ve said nothing about deployment practices, configuration, or administration. Even if you aren’t a developer, there’s no shortage of ways you can expose or create vulnerability as a consequence of individual configuration choices. Software has many layers and many settings. Unintended consequences arise from interactions between these settings and layers. Defaults are frequently a poor choice. Even documentation is sometimes misleading in a way that jeopardises security.

As code breadth, depth, diversity, and distributedness increases, so does scope for errors and vulnerability. These four problems are the reason why software is insecure.

The news isn’t all bad. Some part of the odds falls in our favour.

Experience tells us we can’t draw comfort from this. There are many winning systems but luck is not one of them.

What about judgement? The Software Development Life Cycle (SDLC) improves software quality and with it security. However, it provides only a marginal reduction in total vulnerability once we consider the sum of a deepening stack, spiralling dependencies, and increasing distributedness and diversity of code within real applications. If software quality is order and flaws are disorder, disorder is still increasing at a faster rate than order can be imposed. This isn’t an argument against S-SDLC, DevSecOps, Formal Methods, or any other software quality initiative. It’s an observation that these things are not an adequate braking force. We continue to roll downhill towards greater overall vulnerability.

Consider “as a service” providers. They carry their own vulnerable software, which they may improve. They also carry the vulnerable “genes” of all the other components, products, and 3rd party services they build upon. They have no meaningful control over this inheritance and only partial influence over whether those genes are “expressed” in their particular formulation of an architecture or service. Soon software will be everywhere, inside everything. Much of it vulnerable.

The winning system is, therefore, the relentless limitation of attack surface. Whether it be by design, development, or deployment. Preferably all three. Don’t wait for software quality to improve. Count on it remaining lousy.

This series is for practitioners, but it talks of systems. It does so because practices co-evolve with technology and technology becomes obsolete, invalidating practices with it. You can watch this happen in real-time. Professionals, products, and companies struggle to stay relevant when customers move from traditional physical infrastructure to cloud to serverless.

Winning systems are eternal. They transcend the tech-de-jour. The IT industry hasn’t grasped this. That’s why job descriptions are still packed with vendor and product names. It’s why product companies fail to talk a language that business understands. It’s why I still think a classical Computer Science and Software Engineering background helps. It separates pristine theory from messy, proprietary, and perishable practice.

So let’s start with the pristine theory first before getting dirty with practices:

The practical extent to which one can limit attack surface is case-specific. It depends upon the level of control you have over the software in question and the environment within which it runs. However, everyone can do something to limit their attack surface, even if your control is limited to that of a network or systems administrator.

This is the part where we risk a little obsolescence by talking in more detail about practices.

Now the hard part. If you are designing or building software, you have a golden opportunity to avoid whole classes of vulnerability. Doing so may mean changing how your application or group of applications work together to provide the user with a capability. There will be a trade-off and that trade-off will be specific to your situation. Choose wisely.

Everyone should be sanitising information on the way into their software, subroutine or process. Methods for doing this are well documented. Do you sanitise information on the way out again? For 30 years we’ve had Design-by-Contract and software contracts but they aren’t used by everyone. If you know that a given routine ought to produce only one of ‘n’ outputs then why not discard anything not in that set? Don’t assume sanitised inputs will produce sane and safe outputs. Expect the unexpected.

I have a confession to make. I short-changed you on the quote at the top of this post. The full quote is:

“Out of every one hundred men, ten shouldn’t even be there, eighty are just targets, nine are the real fighters, and we are lucky to have them, for they make the battle. Ah, but the one, one is a warrior, and he will bring the others back.”

You might be that one warrior. You might be fortunate enough to have a phalanx of nine “real fighters” on your team. You might manage to protect the ninety who “shouldn’t be there” or who are “just targets”. Wouldn’t it be better to prevent them from coming under attack in the first place? Spartans didn’t take prisoners. Neither do hackers, angry customers, the press, the regulator, or corporate lawyers. Leave the weak and the vulnerable at home. Reduce your attack surface.