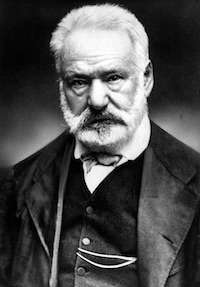 “Nothing is as powerful as an idea whose time has come.” - Victor Hugo.

This is the second of two posts on strategic software. The first explained what it is, what it does, and where to find it. Now I’ll tell you why it’s an idea whose time has come. I’ll tell you why it will be more powerful in some respects than traditional politics and how it will come to shape the world. I’ll explain why strategic software is destined to become a force in all our lives. Finally I’ll reveal a paradox to you. I’ll explain why because of the way it works, strategic software will remain almost completely invisible.

The world is at the point where most of its solvable problems are information ones. This is because we have already solved most of production. Mass production of goods became possible with electrification of factories between 1900 and 1930. Automation of factories happened between 1930 and 1950 with invention of feedback controllers. Add semiconductors in the 1960s and 1970s. Reliable, affordable, telecommunications in the 80s and 90s. Portable, powerful, inexpensive, personal devices capable of handling every form of digital information in the 2000s. 3D printing, drones, nanotech, and the Internet Of Things will further shrink the set of problems that do not in some way hinge upon information. Even problems which at first glance don’t look like information problems, often are.

The Power Of Strategic Software

Strategic software delivers results based upon data. Data is ingested by an algorithm. Output is produced. Action is taken. External variables are influenced. Data about the efficacy of that action is re-ingested and the algorithm re-adjusted. Whether adjustment happens automatically or manually doesn’t matter. It’s a system. Cause, effect, analysis, correction, repeat.

All of the above are information problems, all within the realm of strategic software. An ocean of data exists today, some of it stretching back down the ages. What might a geopolitical “ALADDIN” have to show us? What patterns might it uncover? How might it help us achieve stability, or disruption, and for whom? How would its guiding hand change the world? What property or outcome would we have it optimise for? The potential benefits of strategic software are too powerful for governments and organisations to ignore.

Strategic software may be almost invisible because its effects on society and organisations can be gradual and cumulative. It accretes data and the results of previous decisions and events. It compares that data to predictions about the future. It makes modest changes and optimisations. It calculates probabilities, mitigates risks, influences outcomes. Subtly. Minor corrections, improvements, each day, each hour, each second. For these reasons strategic software is largely an invisible force, perhaps only detectable over the long term. Its influence may be like a gradual shifting of the odds as gamblers work their systems, or the drift of a clock towards the world-time signal.

Consider online dating. Not strategic in the global scheme of things, or is it? Once people were introduced only by friends and family, or they met at work, or at the village water well. The pool of potential partners was small. I suspect the selection criteria in those days was pretty simple. My guess is serendipity played a large part. Obviously there was no mobile telecommunication. You met people face to face.

Today singles are classified against dozens of fields and encouraged to narrow their criteria as much as possible. Appearance, interests, education level, earnings. Many simply trust the dating site’s own algorithm to make a first pass at filtering. Because of that algorithm they only ever see 1% of profiles. Think about that for a moment. Their children and grandchildren may do the same.

Software is now shaping the evolution of the human race.

What will the cumulative effect of that be?

How will this influence long-term outcomes for populations which use this method versus those which do not?

Add to this the fact that petabytes of data and thousands of machines look no different to the untrained eye than a modest IT server estate did just a few years ago. Strategic software is invisible, faceless. Its short-term effect may be imperceptible. No discernible physical presence, no personality, no user interface. Nobody to interview, nowhere to visit, nothing to be pictured standing outside, no comings and goings to witness. No interest. No story. Nothing to report.

Want to know when strategic software will start impacting your life?

Chances are it already does.

It’s just that you can’t see it.

Early in my career I witnessed first-hand how strategic software could be used to challenge an incumbent by using a disruptive pricing model. Years later I tried to kick-start an arms race in the Telecommunications industry with some strategic software of my own. I write about it here, and what it taught me about human nature.

The Age Of Strategic Software