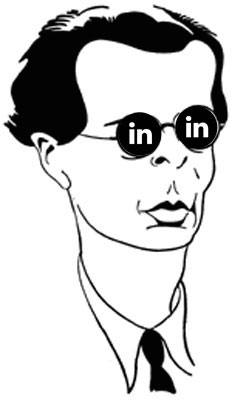 This will probably be the first and last time I write about social networking.

I’m an antisocial social networker. I had an expectation that part of the job of a networking platform (professional or social) would be to filter content or updates, both in terms of who was posting them and the individual significance or quality of the posts. Boy was I wrong. One person re-posts every single article they see, another “motivational” poster repeats blithe optimism without context at the end of every day (tellingly never the beginning). There is the virtue signaller whose primary tactic is to post about people they hate. There is the stream of charity requests, the next more worthy than the last while not one attempts to address the root causes of the suffering they hope to alleviate. Probably because that would be either too hard, too complicated to explain, or in some way conflicts with the value system of those who might otherwise donate money. I digress. Finally, we have the recent US election cycle whose cant and humbug has swamped every communication channel. My choices? Mute, disconnect, or report. Said another way, ignore, gag, or crocodile pit. Not very satisfactory.

I have a preference for quality over quantity. I’m not very interested in constant contact, I maintain a relatively short list of connections/followers/followed. I appreciate that I may not be a person that social networking sites wish to appeal to. That said, I’m not alone. I expect there are many others like me, time-poor, a little impatient, uninterested in much of the public discourse, looking for nuggets of news, information, and important updates from my valued contacts.

Like some other people I rate, I’ve decided not to make LinkedIn my primary platform for this content, although all of it is of a professional nature. I haven’t quit LinkedIn but as a user of a platform I only dip into every once in a while, I am a witness to its decline. The fire alarm hasn’t gone off, I don’t think it’s time to evacuate, but there is a slight whiff of smoke so I’m keeping an eye on the nearest emergency exit. As a result, I don’t want to store content in what could become a closed platform in the future or one I may choose to drift away from. I think LinkedIn picked the right time to sell.

I predict that when a real alternative to LinkedIn appears it will get traction. Furthermore, I predict that the New-LinkedIn’s selling point will be the ability to control the volume and quality of what you see. I’ll even tell you how this could happen.

I can think of at least a dozen different options for monetisation of such a site, none of which involve diluting or harming the user experience, selling personal data, or negatively impacting the site’s value to participants. I’m not ruling out straight advertising if it could be accommodated in such a way that it did not detract from the utility of the site. Having satisfied myself that at least a couple these suggestions are realistic, let’s look at how they might be implemented.

Hard-core trolls, paid-for shills, bots, and spammers are all well-understood problems. Just like Email spam, they are by and large a solved problem. So why don’t social network sites solve them? If your business model relies upon this noise then you are not going to eliminate it. There is nothing technically difficult about doing so. The harder problem is what to do about genuine posters who, wonderful people though they may be, spout posts you could well do without.

In the past, I’ve used Bayesian classifiers to beat spam in the days before products were available off the shelf to do so. I’ve also used the same technology in one or two novel applications to classify unstructured or semi-structured text in an automated way, sorting each new never-seen-before message into one of a few dozen buckets. Bayesian isn’t just good for sorting spam from notspam. What if we trained a Bayesian classifier to spot some of those familiar social media posters? The charity fundraiser, the virtue signalling hater, the motivation post spouter.

Today, most of what you see is down to your contacts, their proximity to you on the social network graph, and the few groups you’ve bothered to join or companies you follow. If any of those entities start spamming out noise, then it hits. The advanced filtering proposed above is another chance to avoid muting them or unlinking them, it is another chance to control and moderate the fire hose.

We already have much of the knowledge of mankind available at our fingertips, we have the technical means to collaborate, soon we will be connected to anyone, anywhere (give it another 10 years). Yet in spite of all of this, collaboration is still limited. Collaboration remains an inefficient market, the best collaborators don’t always find the best co-collaborators, and when they do they don’t always collaborate to maximum effect. Even within one single organisation, like a large corporation, collaboration can be difficult. If the firm is large then a skills matrix gets too big, it is more often than not out of date and may be less useful than just looking on LinkedIn. The Open Source software movement collaborates on mailing lists, version control repositories, newsgroups, and chatrooms, but those platforms are not as popular for other disciplines outside of software. For the rest of humanity, social networking is probably the gateway or platform to frictionless collaboration.

Given the pay-off, it’s probably worth someone investing effort in combining social and business networking with collaboration. Such a platform would appeal to the remaining 99% of the population. That won’t happen without the ability for end users to better control the environment. Without that capability, collaboration will remain inefficient and social networking will remain blighted by background noise.

I wonder if the LinkedIn guys have a Microsoft non-compete clause. Reid are you out there?