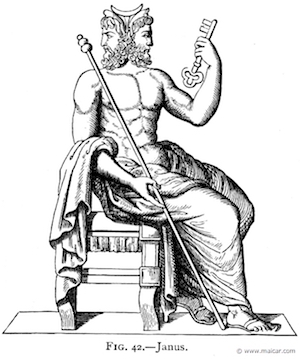 I’m interested in the history of technology, especially those moments which gave rise to great advances or failures. I’m interested to know the conditions, the growth medium, the organisational structures, the management strategy which helped or hindered. I’m interested in whether (and to what degree) Government has a role to play in the stimulation or sterilisation of research, development, and commercialisation. When working in Venture Capital most of my time was spent thinking about the future. In this post I’ll show you how looking back into the past can be just as useful. Not just in an abstract way, but in a practical sense too.

The past is important. Technological advances are portrayed as “breakthroughs” or “the day the world changed”. The truth is that most are part of a continuum. A continuum which includes successes and failures. I suspect that by knowing where we’ve been and understanding those failures, we have a better chance of getting to where we want to go.

A product or approach that once failed because it was uneconomical or infeasible, may be revived by recent advances in unrelated disciplines. This latent dividend can lie undiscovered, uncollected, for years or even decades. For this reason, I think there may be a benefit in re-examining past attempts at solving great problems, even when they arguably resulted in failure. It seems that I’m not the only one who thinks this way.

The history of technology, recent and ancient is littered with dead ends. Optimistic visions which didn’t deliver. The ambitious movement that barely began. The promising prototype that floundered in production. Sometimes the technical approach was wrong, sometimes the economics, perhaps the environment or ecosystem wasn’t there to support it. Maybe the market got overheated and expectations inflated beyond what was deliverable. Confidence crashed. Capital fled.

These failures from the past are trying to tell us something. It’s lazy of us to assume their proponents were stupid, or crazy, or didn’t make the effort. The truth is that then as now, some smart, motivated, experienced people all thought a particular product, technology, or approach was worth pursuing. Somewhere along the way one or more of their assumptions turned out to be false. Therein lies the lesson. Failure often teaches us more than success. This is something I’ve written about here.

Something happens when a product or technology fails. The company, the approach, the market, even the very problem itself, becomes stigmatised. At least for a while. In order to be rehabilitated these things are often given new names. The Network Computer became the Thin Client. The Thin Client became the Zero Client. “Thin” became VDI. VDI was new and fresh and untainted.

I had entirely forgotten that Spotify was originally a P2P product. A dead-end concept (of sorts) that's returned with Bitcoin.

Rehabilitation takes time. Consider Artificial Intelligence. Many firms made use of AI during the 1990s and 2000s but omitted the term from their literature for fear of being seen as another unprofitable “science project”. AI was widely considered a failure in the 80s after being over-hyped. I founded a company using Machine Learning in the 2000s. We never used the term AI. In 1996 Autonomy didn’t either. Today AI is fully rehabilitated. Just ask those ex-Autonomy guys now running DarkTrace.

“AI doesn’t only detect #cyberthreats, but it can take action against them autonomously” - Emily Orton, co-founder and CMO, talking about #AI and #cyberdefense at #GdnCMS

It’s not just language that gets rehabilitated. Eventually the problem, the market, and business model become acceptable again. Founders start building companies around them. What’s interesting about this attempt-fail-stigmatise decay curve is that it appears to follow a 20-30 year cycle. Roughly the period of a career. Could it be that just as one generation of (failed) innovators are leaving work, a new generation can see with fresh eyes? Perhaps the new people don’t know or feel the stigma? I see this 20-30 year cycle again and again. Others have noticed it too.

Some great new ML research fronts here.
And yet researchers today often don't look back. In the 80s, the late Dave Waltz & team at Thinking Machines built many great apps for the CM (including a document builder similar to the indexing @JeffDean mentions) https://t.co/yfFiQSnsbF https://t.co/VKqAT2pFHP

Warning: Don’t confuse what follows as an endorsement of Patent Trolls or their business model.

A company appears out of nowhere waving a patent granted decades ago. They cite relevance to your recent, commercially successful product. The company is immediately branded a Patent Troll. Many of these patents should never have been granted. Many were too broad. Too obvious. Non-novel. Claims by the plaintiff (rarely the original inventor) are often grasping. It inflames our sense of fairness that they’ve come calling at this late hour.

Although we don’t like to admit it, some of these companies have a case. Their long period of silence is in part due to the 20-30 year cycle I’ve mentioned. Sometimes a discredited idea (and associated patents) are reborn in the present as part of a solution to a problem, enabled by unrelated advances in technology or changes in economics. Patent “trolls” aren’t going away because this 20-30 year cycle isn’t going away. Even if the patent office judgement was exemplary such cases would still occur, partly because of the cycle.

Remember this post when mobile phones disappear. When they become watches controlled by voice commands, using tiny in-ear nano-buds. Every voice recognition patent-holder will put in an appearance. It’s probably already happening with Amazon’s Alexa and Google’s Assistant. Voice control went from boom to monumental bust almost 20 years ago. Now it’s well and truly back for the mass market. This means good news for all those patent-holders. Or those who were wise enough to snap-up the intellectual property years ago.

If the cycle didn’t exist, the number of cases in which the court found in favour of the plaintiff on at least one count would diminish. Patent Trolling would be a less attractive business model than it is today.

Little is truly new in Computer Science and Informatics. Much so-called innovation is just a continuum of incremental problem-solving. A constant remixing of tools and techniques. The application of advances in one area to challenges in another. Want to know what happens next? Set your time circuits for 20 years ago.

The lasting power of insights in Saltzer's and Schroeder's 1975 "The Protection of Information in Computer Systems" is mind boggling. https://t.co/fGEh8nSgkj

The First Dream Is Sometimes The Most Vivid

If you’re looking for inspiration, study failures from the past. Usually, those behind them were at least partly right. Even if they got some assumptions wrong. Perhaps the market has now developed, the technology is sufficiently mature, the business model is one the world is now ready for. Often the largest and most radical, transformational ideas were those from the very beginning. Ideas from a time where people didn’t know what was difficult, or impossible. A time when anything seemed within reach.

Nice discussion, & a bit of a trip down memory lane. Reminds us that most tech "breakthroughs" are really part of a continuum. One which may feature several false dawns before the initial dream is realised. Sun Ray 1 anyone? h/t @BenedictEvans @stevesi https://t.co/2JJCXlglyD

There is a predictable rhythm to man’s attempts at solving hard problems. It goes something like this.

The trick is knowing the right time to revisit an important problem. One cycle too soon and you end up becoming another rusting wreck, a smoking crater. You need to know two things.

The good news is that both of these are tractable questions. Don’t be discouraged by the failure of technology or approaches of the past. If the problem is still important after all this time then it’s a problem worth solving. Don’t avoid unsuccessful solutions. Avoid insignificant problems. Success this time around could be unlocked by advances in any number of unrelated disciplines.

In a future post, I’ll identify areas I think are ripe for review, given the advances that have been made in the last 10, 20, or 30 years.

If you’re interested in the history of technology, and in knowing how the past can help you predict the future, seek out the work of James Burke a broadcaster and science historian. He was responsible for the remarkable Connections TV series, The Day The Universe Changed, and The End Of Scarcity. You’ll find most of his TV work on YouTube.

Don't help the CSO out. Build him up!